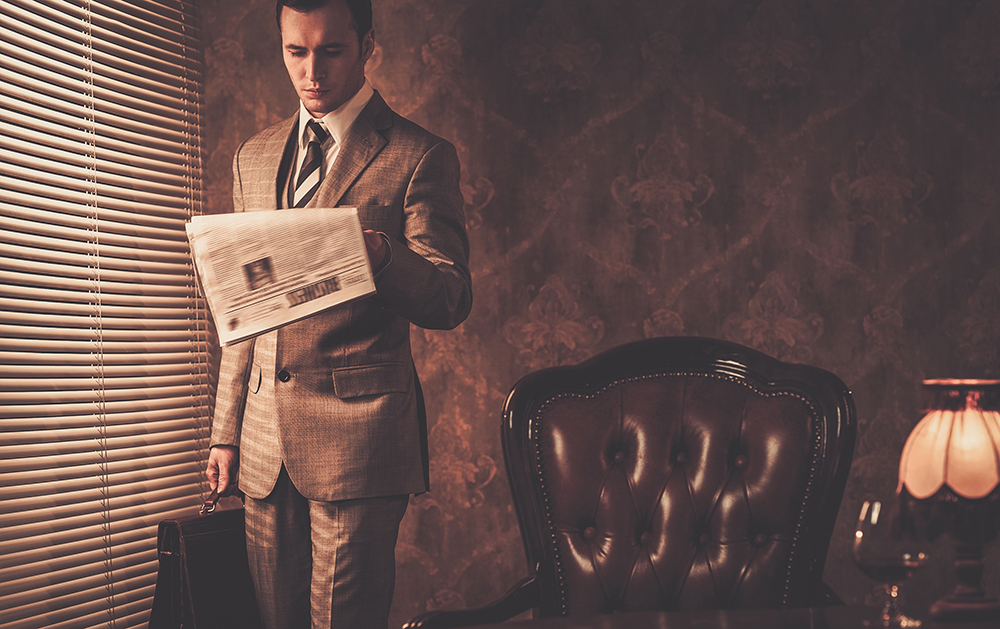 How Mad Men Can Better Help Us Understand Call Tracking

David Ogilvy is considered an advertising genius. The original Mad Man, his ad agency, Ogilvy & Mather, ran an ad in 1972 that included a list of things they had learned in advertising.

Do his ideas stand the test of time? What’s changed in the past few decades? What, if anything, can we learn about call tracking from a show like Mad Men?

The marketing landscape has certainly changed in the last fifty or so years. Those days, the king of advertising was television. They dominated the advertising landscape. If you wanted to reach a broad national, or even a broad local audience, you used network television.

There were really three major networks. In 1960, Gunsmoke garnered a 40.8 rating, which essentially meant that 40.8% of all TV households in America were tuned to the program. Can you imagine that? The only program that comes close to that now airs once a year and it’s called the Super Bowl. In comparison, Sunday Night Football received a 12.3 household rating last year. That’s an enormous difference.

The Media: The method of program distribution is no longer the same. The 1960s were all about television, radio and newspapers. If you wanted to cover all of America, you would really only consider about ten or twelve outlets. That’s no longer the case.

There are now 300 cable channels (or more), web-only programs and networks (Netflix, Hulu), over-the-air radio stations, as well as digital-delivered radio programming, a host of heavily-used social media channels, and giants such as Google.

The landscape changes quickly. In this same fifty year span, cable television was born, had an amazing run, and is now suffering through its possible demise, with millions of households now “cutting the cord.”

The way companies communicated with consumers fifty years ago was through their advertising and public relations efforts. These days advertising still matters, but for many companies, social media is their primary method of communication.

The Language: It’s important to think about the way in which language is a living thing. It’s constantly evolving. The literary fiction of today sounds nothing the great fiction of a century ago.

The use of acronyms has increased. We have shortcuts for almost every set of words and emotions. We communicate in emojis rather than words. We’ve also become much more formal. This without a doubt changes the way we communicate, not just in our everyday lives, but in the world of advertising as well.

The Culture: The America of the 1960s was vastly different than the one that exists today. We now access snippets of information and long-form content is nearly dead.

The role of women in society has changed a great deal as well. They lead lives that are every bit as career-oriented as men. The acceptance of families and relationships outside of the traditional mother, father and two kids is far greater.

So, how have these changes impacted advertising? The words/images/emotions that drive sales are different. What images did we see in 1960? The focus was on the family unit. The advice we received medical experts (even obviously fake ones) were effective. The image of a mother wearing an apron, carrying a plate of fried chicken in from the kitchen, would look downright silly these days. That’s because our roles as men and women, husbands and wives, and moms and dads, have changed – and advertising reflects those changes.

The Basics:The way you represent your ideas have changed, but not the core principle of what you’re doing. It’s not just selling. It’s an advocacy or informational campaign or perhaps a campaign to drive people to your website. The exact nature of your communication campaign doesn’t quite matter because you’re trying to motivate the audience to react in some way.

Consumer Motivations: The motivations may have changed, but motivations still remain and they can be addressed through language, visuals, and the medium. These days, creating a social media campaign is no different, in theory, than creating a radio campaign in the 1960s. You still use different words and images, but the intention remains the same. You are trying to get your target market to react in some way to your message.

The Goal: The goal is and always will be that you’re in the business of selling. The dynamics of the business still remain – you have something you’re selling and people are looking for something they want to buy. The goal is what we’re all chasing on a daily basis.

How did you know your ad was successful in the 1960s? It’s much different than today’s world, where you can track clicks and understand the analytics of how your ads are performing. In fact, until recently, you couldn’t even track your calls and find out where they came from and which marketing effort spurred the inquiry.

Mad Men may have been about the art of creating successful ads, but call tracking is the knowledge behind that process. It’s a relatively new concept, with a great deal of misinformation about it, but it’s the next logical step in the world of advertising. In 2016, delivering an ad is half the job. The other half is getting valuable insight that you couldn’t get decades earlier.