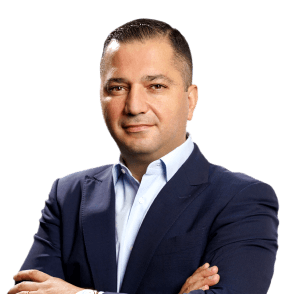 Phonexa Founder and President David Gasparyan has been a serial entrepreneur and visionary in the tech space for the past two decades by creating a diverse mix of companies offering unique digital marketing solutions.

More recently in 2016, he founded Phonexa, an all-in-one marketing platform for calls, leads, clicks and email. As communication methods have evolved, Phonexa’s formative tools have shaped how industry-leading companies in the insurance, home service and financial spaces connect with consumers.

Phonexa Holdings has grown and built teams and headquarters over the last five years in Glendale, Calif., United Kingdom and Ukraine and now collectively has a staff of 130. Revenue has reached to $200 million annually ever since the inception of Phonexa Holdings.

As a byproduct of Gasparyan’s leadership, Phonexa took great pride during the pandemic by growing its operations, and not cutting any staff. The growth-minded Gasparyan also enhanced his software during the difficult period by adding four new products to Phonexa’s suite. Gasparyan’s efforts have not gone unnoticed.

His leadership skills and business gravitas have led to him earning a column penning feature stories for Forbes. The Los Angeles Business Journal named Phonexa as one of the "Best Places to Work in Los Angeles" while also honoring executive Lilit Davtyan as “CFO of the Year.” Phonexa also made a splash at awards shows garnering multiple top honors for its creative campaigns.

Culture, diversity, inclusion and community is of utmost importance for Gasparyan, an immigrant from Armenia who speaks four different languages.

Phonexa has made an impact throughout Southern California and abroad with its Phonexa Cares initiative.

The company has raised funds to protect victims of aggression in Artsakh, collected materials to donate to California wildfire victims, and contributed to Habitat for Humanity worksites. During the pandemic, Phonexa also honored first responders by hosting drive-thru lunches, and supported small businesses who were in financial strife.

Gasparyan is also working toward building Glendale into becoming California’s next great tech hub and economic powerhouse. Every year, Gasparyan and Phonexa are one of the key cogs and drivers behind Glendale Tech Week.

Three Reasons Why A Tech Background Is Still Essential For CIOs

Three Misconceptions Regarding The Current State Of The Tech Industry