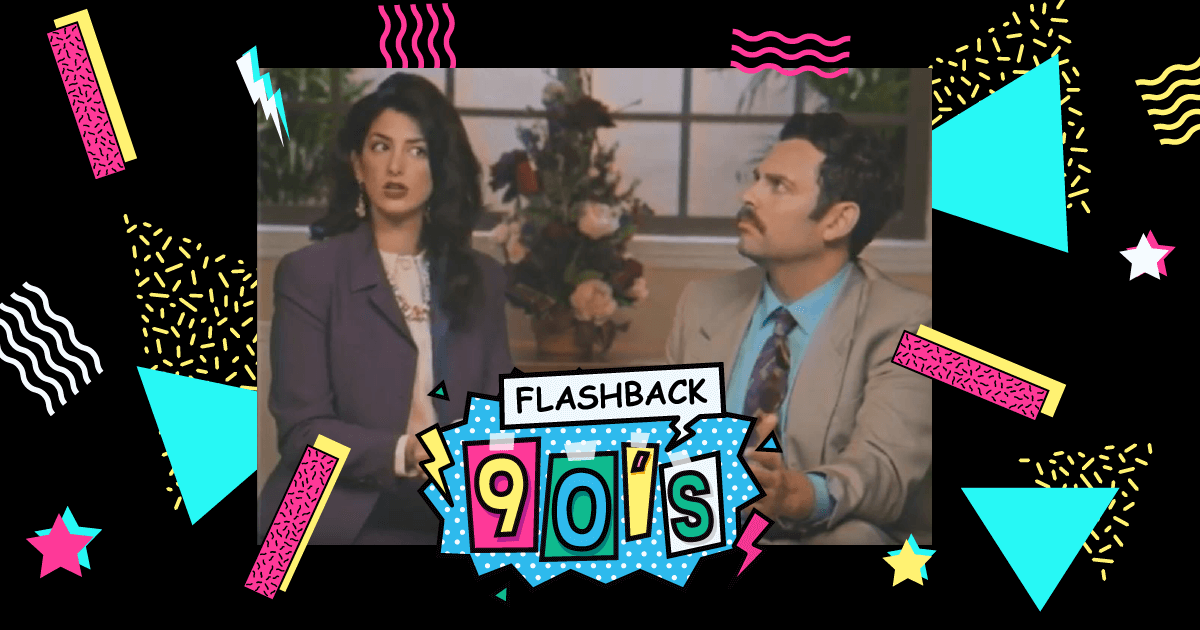 90s Flashback! Why Phonexa Looked to the Past to Make a Point about the Future

As we enter a new decade in 2020, it seems that nostalgia for a different decade—the 1990s— is near an all-time high. From 90s movies remakes to classic fashion looks, and even childhood snacking favorites, there’s widespread interest in taking a rosy look back at the last decade of the millennium.

Phonexa took its own trip back in time with a commercial, the third in a campaign, that put a unique spin on an iconic viral clip from the Today Show that recalls a time when not everyone knew about the internet.

“What is the Internet, anyway?”

The commercial is called “The Internet“ and it features a morning show news team in 1994 debating the characteristics of the then-new Internet.

Our ad is actually a “3-for-1” campaign, featuring three distinct digital elements. The first is a manufactured found-footage clip titled “What is the Internet?” that shows two befuddled news anchors interrogating their producer about the show’s new website.

Its companion is the shorter commercial, “The Internet,” which condenses the found-footage clip into a pointed message from Phonexa.

But where we really decided to go full throwback is with our interactive 1990s-style website for the fictional morning show “Rise and Wake Up!” at riseandwakeup.com.

Once visiting our site, you are transported to the earliest days of the World Wide Web. Back then, people didn’t really know what the internet was yet, but they knew it could transmit information with clever GIF icons.

Site visitors are treated to various background facts about the Rise and Wake Up! morning show staff, as well the “latest news” on the Election of 1994 and the unresolved MLB players’ strike.

It is a true playground of nostalgic images and inside jokes about the future as we know it will be.

What 1994 Tells Us about the Future

It’s clear that there’s a lot of laughs to be had by looking back in time and poking fun at what people 26 years ago didn’t know about today—but we think there’s a larger point to pull from our website and “Internet” ads.

While most people won’t be as thick-headed as fictional TV host Chip McNeely, many still allow themselves to actively fall behind on adopting new technology. This can especially happen with some business leaders.

Sure, there is a comfort level in doing things as they’ve always been done, but in the case of some iconic brands from the 90s—like Blockbuster and Borders—this attitude caused the businesses to fold.

But there are also those who always look ahead with a rabid curiosity about the next big thing.

Steve Jobs is one such figure who consistently predicted technological advancements years or even decades before they came to fruition.

Another example is David Bowie, who, in a 1999 interview offered a prescient vision of how the booming but still evolving internet would change our world, saying “It’s going to crush our ideas of what mediums are all about.”

Phonexa was founded with an eye towards the future of innovation and it is what has propelled our business so far.

Our founder and president David Gasparyan saw an opportunity for marketers to leverage new technology to better track and optimize their efforts—since then we have stayed aggressively ahead of the curve and provided our users with the most advanced platform available.

We have modeled our business off of those with foresight—those like Steve Jobs or David Bowie who look eagerly to the future—because we have found that will keep us and our users out in front.

Our comedic look back at the 90s is about more than poking fun; it’s a pointed reminder that every business should keep their eyes on what’s next to avoid ending up on a nostalgic list of “Our Favorite Businesses that are now Closed Forever.”