Everything You Need to Know About Glendale Tech Week

It may surprise some outsiders to learn that the charming city of Glendale, California—surrounded by mountains and perched just north of downtown Los Angeles—is setting its sights on tech towns like San Jose, Austin, and Venice Beach and asking “Why not us?”

Indeed while Glendale might be best known for famous bakeries like Porto’s or as a shopping destination thanks to the Americana and Glendale Galleria, it has very deliberately—and unquestionably—grown as a mountainous new frontier in the world of high tech. With affordable office space and a “Walker’s Paradise” city center, Glendale is attractively positioned to grow into a fertile tech basin for start-ups and market-leading firms.

For those who doubt these prospects, Glendale’s tech hub ascendancy is going to be on full display starting this weekend during Glendale Tech Week. Whether you’re a collegiate coder with big dreams or an established entrepreneur seeking new opportunities, Tech Week promises to have plenty to offer while showcasing the “Silicon Mountains.”

For an event that hasn’t been around that long, Glendale Tech Week has already endeared itself to locals. Jennifer Hiramoto, Glendale’s Principal Economic Development Officer, says that there is growing hometown enthusiasm for the festivities: “Over the last three years, Glendale Tech Week has really evolved into a community-led event.” She reveals that 2018 is poised to be a breakout year for the silicon-centric celebration: “This year, we have more pop-up events than ever, giving attendees even greater access to the businesses who are at the forefront of innovation.” Like the local technology industry itself, Glendale Tech Week’s growth would not be possible without the engagement of local companies.

One local design firm—Kilter, located in neighboring Pasadena—was tasked with overseeing a bold new branding of the event. Dubbing Glendale at “The Jewel City 2.0” was a clever start: the title borrows from Glendale’s historic booster-coined nickname and “The City 2.0”, the TED vision of an ideal urban future.

“This is our first year working on tech week and it’s been a blast!” gushes Stephanie Chan, Kilter’s Creative Director and Co-Founder. Over email, she shares that the role of Kilter was to “really to revamp the look and feel, drive awareness, and give the city a boosted platform to talk about tech in the area with a point of pride.” Glendale workers and residents may have already noticed some of Kilter’s distinctive blue flags up around town—“We’re proud of the pole banners up along Brand Blvd and at the Americana, and there is a really cool banner up at the pedestrian bridge at GCC.” Of course, the “rebooted” look of Tech Week is only a precursor to the blockchain of activity that will occur September 15-21.

Play Around in Augmented Reality, Virtual Reality, or Reality-Reality

Things will kick off at the Opening Day Tech Experience: an all-day event featuring robots, AR/VR experiences, a Gadget Bar, and late afternoon happy hour. Held in the historic Alex Theatre forecourt during the Open Arts and Music Festival, the hands-on tech celebration promises to be an engaging curtain-raiser for the week ahead.

Beyond the opening experience, the broad offering of Tech Week events (some 30+ by last count) will ensure that there will be something for everyone. Robot battles and water games will be held to entertain the young—and young at heart. Creatives can plug in to events focused on storytelling and filmmaking. Tech heads can dive into detail-rich panels on cyber security and data science.

So much of tech week is focused on connectivity, and not just when it comes to the ample wi-fi. Hiramoto explains that Tech Week should be especially exciting simply because it showcases events that will interest everyone from families to finance gurus. “We are looking forward to the diversity in topics, networking opportunities, and conversations surrounding startup and entrepreneurial success,” Hiramoto shares.

Ultimately, Tech Week is about economic development and local tech firms are using the week to spotlight their successes and search for new talent. The technically skilled and digitally-savvy are advised to check out the Career Fair, where Phonexa and a diverse array of other companies will all be seeking the next round of “tech rock stars” to fill their ranks.

On Monday evening, enterprising entrepreneurs and garage engineers can sync up their bright ideas to precious capital at a Meet the Funders event. On Wednesday, industrious women are encouraged to find inspiration from an Emerging Women in Tech networking event, where panelists will share their experiences then connect one-on-one with the curious over wine and appetizers.

The abundance of mixers, panels, and get-togethers is all a testament to the rich environment of innovation that Glendale has been cultivating over the past decade. With a higher percentage of college and STEM graduates than the national average, Glendale has pulled mightily from a constellation of higher learning institutions, including the very local Glendale Community College, nearby CalTech, and freeway-accessible USC, UCLA, and Cal State Northridge.

The robust roster of talent and business-friendly atmosphere are two of the major factors that have enticed multiple high tech firms to settle along Brand Boulevard. In sum, over 1,000 tech companies are located in Glendale, and together they employ over 41,168 people. And if numbers are your thing, here’s a big one: Glendale tech firms have totaled over $5 billion in sales, declaring in no uncertain terms that tech and Glendale are woven together like a fiber optic cable.

David Gasparyan, President of Phonexa, was eager to support Glendale Tech Week: “This city is a center of innovation and has limitless potential. Being in downtown Glendale, we feel like we are contributing to the city’s innovative growth.” Phonexa is a proud Platinum Sponsor at this year’s Glendale Tech Week.

Phonexa, along with firms like Lanair Group, Applied Earth Sciences, Avery Dennison, and others make up a strong network of business boosters that are committed to seeing Glendale innovation continue to flourish. Hiramoto is grateful for the continued interest of local companies in creating a stronger tech network in the Jewel City, starting with supporting this September’s Tech Week: “This well-rounded event wouldn’t be possible without our sponsors, so we want to say a very special thank you to the Phonexa team for being so involved in Glendale Tech Week!”

The celebratory mood around Tech Week feels a million miles away from the prickly neighborhood relationships that have plagued the nation’s biggest tech hubs. For Glendale, its biggest resemblance to Silicon Valley right now is an innovative spirit and bold sense of entrepreneurialism.

Well, that and some pretty good mountain views of its own.

Phonexa is an all-in-one SaaS platform for ROI-driven marketing. To learn more, contact our team today. 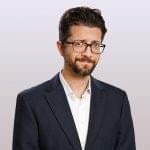 Here are 5 reasons why professional voice recordings are essential for any business today.

What Is a Call Tracking System?

Call tracking is a system that tracks and sorts information about incoming phone calls. It helps you know who is calling your business and which campaigns are driving those calls.

Leads are essential to the health of your business. Track and distribute them effectively with a Lead Management Solution.